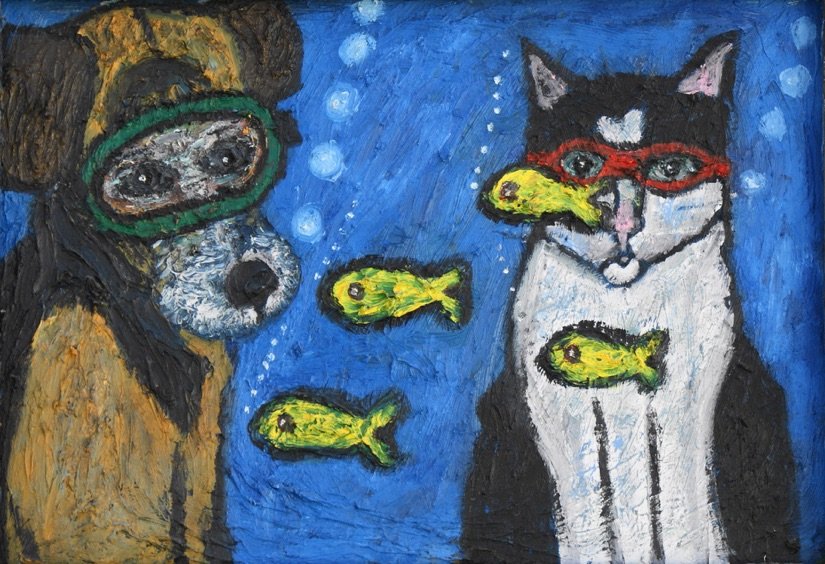 "At the age of 16 was lucky enough to fall in with a bunch of local artists and musicians (Billy Childish and Sexton Ming being amongst them).

I retired when I left school and played in bands such as The James Taylor Quartet, The Solarflares and Billy Childish and The Buff Medways .

I became a founding member of The Stuckist art movement in 1999 (leaving them in 2007) and now paint at home whilst listening to cello music." 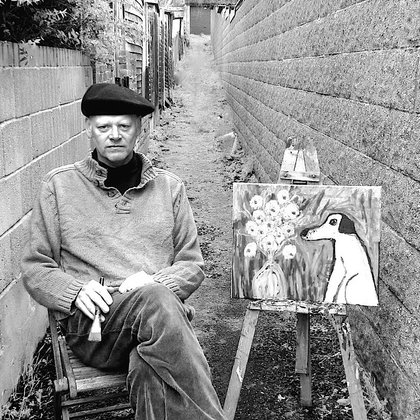 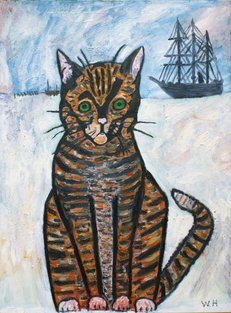 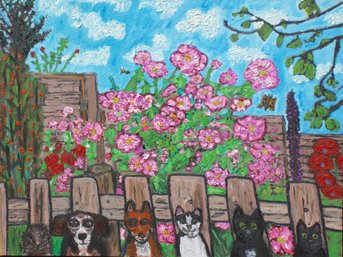